Was feeling a little bit of cabin fever and even though it was really windy and a bit cold outside I decided I would go try and find some ducks to shoot (with the camera).Â Anyway, I decided to call up my friend who recently got her first DSLR and was wanting to learn a few things.Â Â I figured I could take her out and try and teach her the difference between the telephoto lens and the normal zoom.

It ended up being a lot of fun but since she brought her kid along and he was a bit loud we didn’t end up finding much wildlife to take pictures of…Â so we went up the gorge a bit further and I took them to Bonneville Dam.Â Neither of them had seen the dam, so they thought it was cool, we took some pictures, and of course we watched the salmon climb up the fish ladder for a bit.

Not a ton of great shots but a fun day out, and any day out taking pictures beats being at home doing nothing. 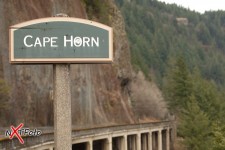 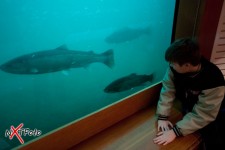